The meeting was organised by the Czech assosication SMCR/KZeM CR under supervision on Jiri Pollak. We thank you all very much for the excellent excecution.

On Friday morning we first visited the SKoda VOGONKA in Ostrava because the company does not host visitor groups during the weekend. We could see the highly professional contructing of double level rail coaches for use up to 189 km/hr. We were able to see them in all stages of construction from the raw material to the nearly finished coaches.

During the session of the technical commission we all remebered the deceased honary member of the MOROP Desider Selecky of Slovakia.

The next session will be during the Congres in Groningen in September 2017. 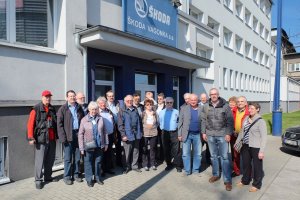 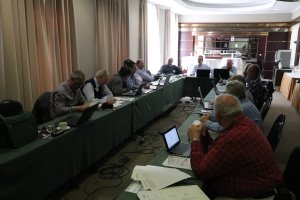 Session at the Hotel Imperial